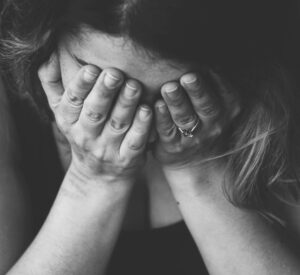 Several years ago after having a child and moving out of any metropolitan area, I was hired by a dance studio to help grow their musical theatre class and direct their productions. It was great until it wasn’t. I had one time, too many, been yelled at in front of students or talked down to. When I was finally forced to make a choice, I walked. I have since opened my own studio. I set out to teach what I believe to be the love of an art that I hold dear. An art form that has enriched my life ten fold and beyond. I left the studio I was previously teaching at, by force… and by fortune. At the time I thought it was a roadblock. A year later, I see it was the best door to ever close on me. I didn’t know why students had followed me. I hadn’t solicited anyone. People called me. I just assumed there was a connection between me and my students that often forms under private instruction. But what I have found out was that many of my students had long felt undervalued. A teenager shared that she had been talked down to for such a long time at another studio and she started to feel sick every time she had to go. Many of them have told me that they like taking class at my studio because they “don’t get yelled at here.” One boy told me, “I feel good about dancing here. It’s so different than (the other place).” Parent’s have told me, “It’s so nice not to get yelled at.” It made me think…what was going on at this other studio? I knew that I had been yelled at and undervalued (hence my departure), but who does that to their students and patrons? What the heck goes on at other schools? The idea of children getting yelled at in any situation bothers me. Especially at a performing arts school where they are supposed to be learning a love and respect for the craft.

I understand that people seek out performing arts instruction with little to go by. You can throw a stick and find five dance schools. The choice is usually made by the proximity of the school to your home. But what is often not thought about, is the long lasting affect this instruction will have on your child. Not just what they learn technically, but HOW they are taught. It is my opinion that if you are yelling at and berating children, you have no business teaching them. Often, studio owners and instructors are people who have never performed professionally. Maybe their idea of professionalism is a page out of an Abby Lee Miller's Dance Mom’s script? Anyone who has worked as a professional Actor’s Equity performer knows that is not the reality of our business. Professional theatres treat their actors (adults and children) with the utmost respect. No one is yelling at you. A level of excellence is expected, but anyone with any expertise knows that knocking your performers down is no way to receive that result. Especially child performers. Infact, the process is quite the opposite. When you have teachers and directors who truly know their stuff, they don’t berate, they cultivate. Encouragement, corrections, creative teaching, positive reinforcement, confidence building. These are the keys to creating tomorrow’s performers and artists. These are the keys to helping develop confident, creative minded humans. Not Fear. Not Bullying. Not yelling. I urge people when looking for a safe place for their child to explore and learn the arts, take extra care. Not all schools are the same. Not by a long shot. This is not to say Come to my school. My school is the best. There are other very good places. Just not as many as you would hope.

I guess I would say, find somewhere your child leaves feeling good about themselves because their potential has been seen. Take stock of what your child gets out of it. Do you notice more confidence? Are they eager to get to class? Are they joyful when they exit the building and get in the car? This is not a lecture. This is an essay of concern for kids. How many studios all over this country are bullying, chastising, berating and yelling at their students? I want generations of children to love the arts. I want them to love who they are because art has shown them a way to express themselves. That can’t happen with an iron fist.